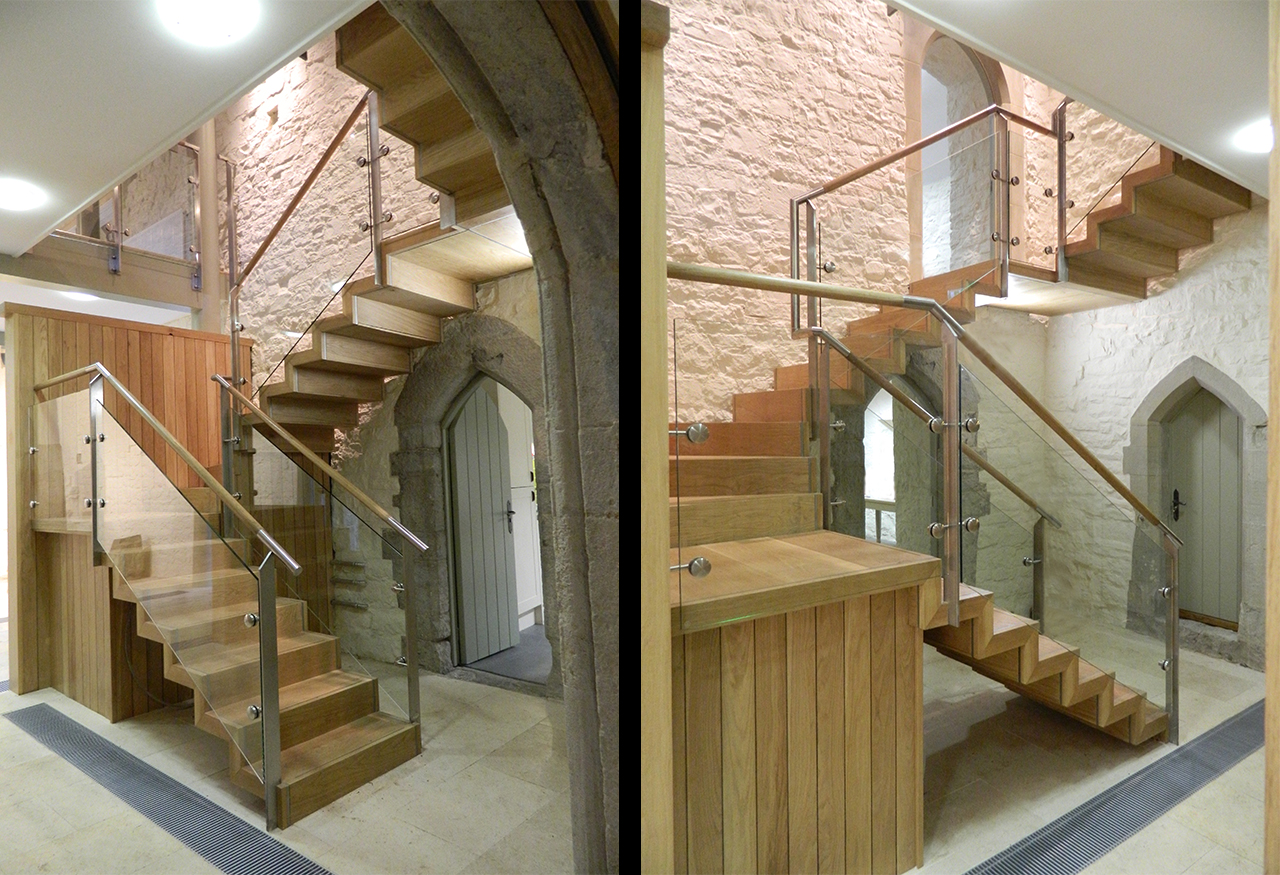 After 400 years of ruin, Galilee Chapel was restored and reopened. The West Church of St Illtud’s was packed with expectant visitors awaiting the moment when the doors were opened. 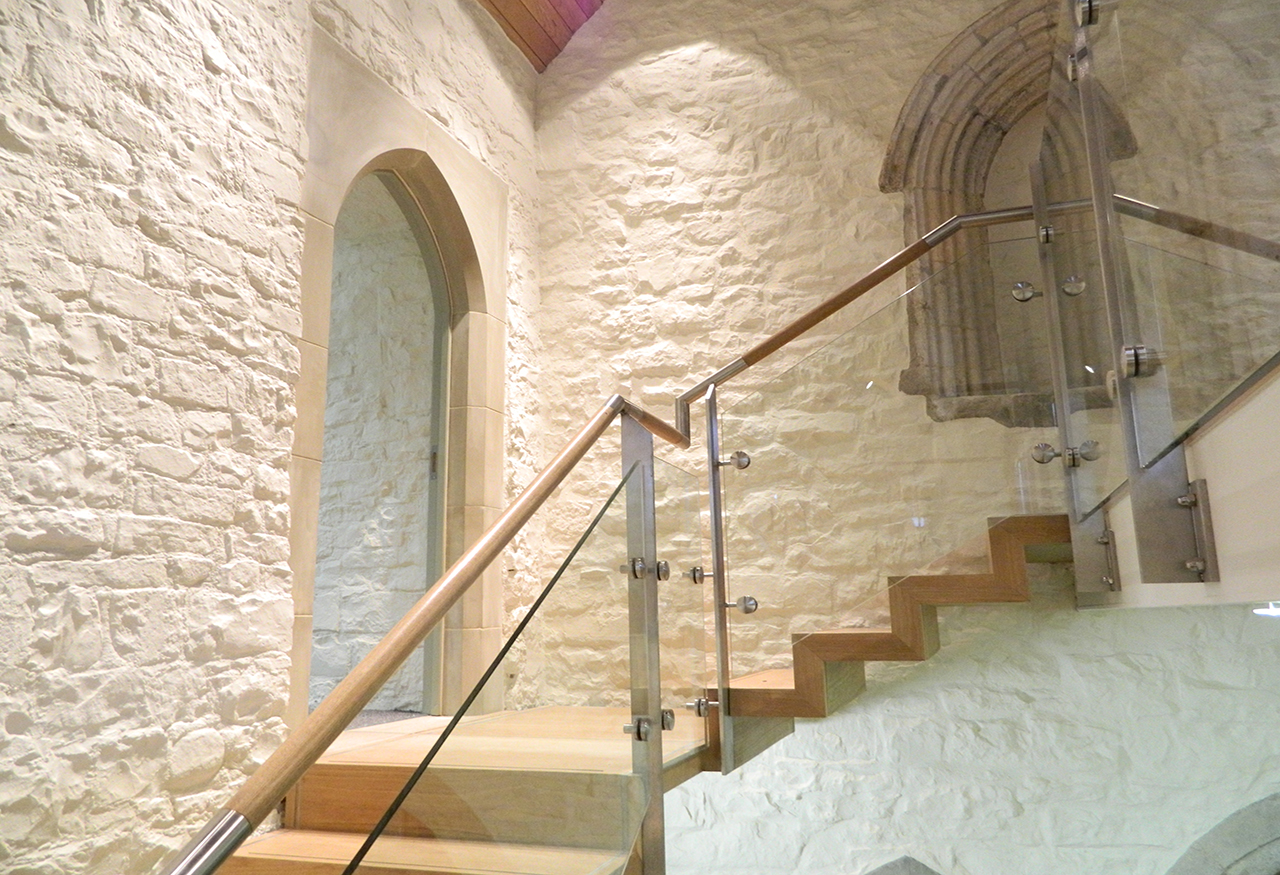 The opening ceremony was marked by a speech and prayer from the Rev Huw Butler, in the presence of Llantwit’s oldest and youngest residents: 94 year old Gladys Kilby and one day old Violet! 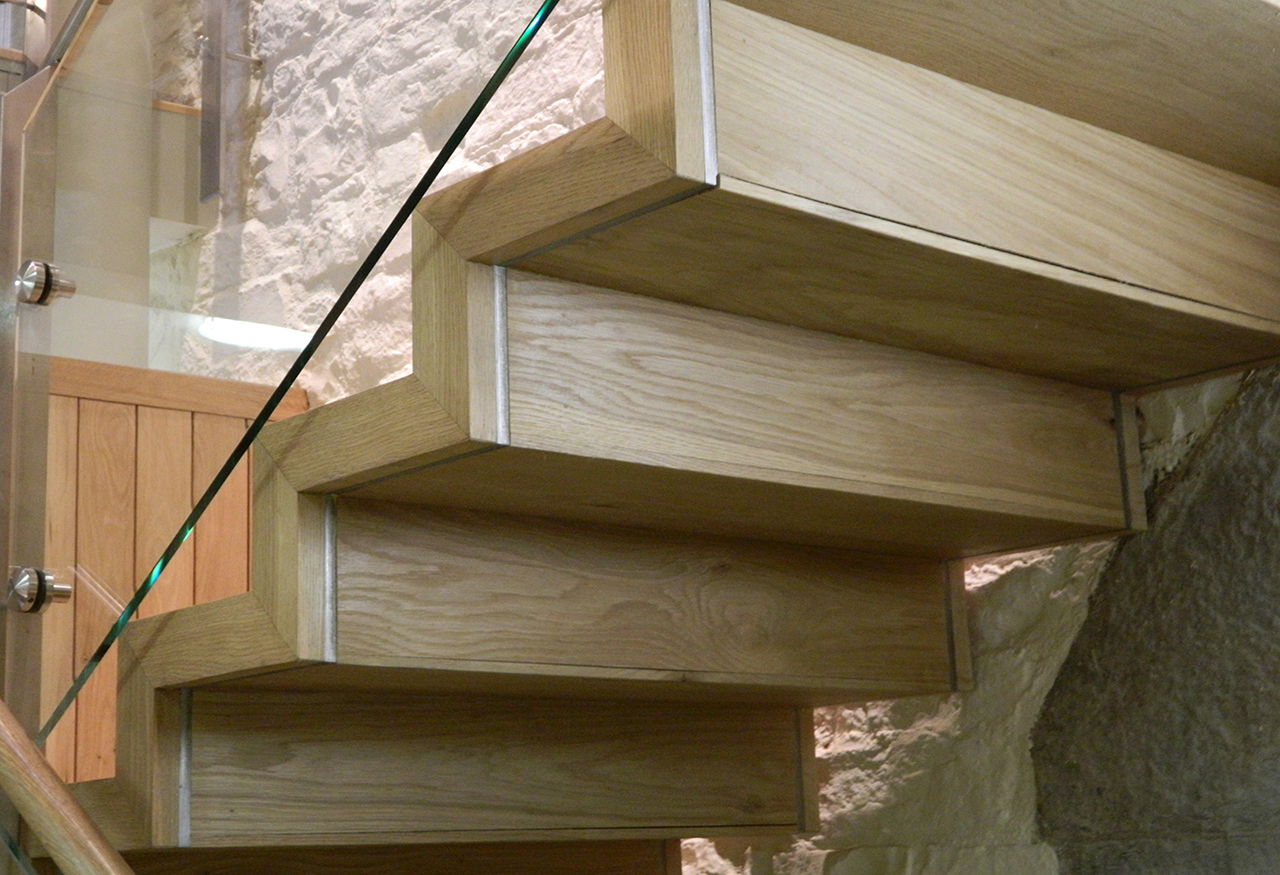 ad hoc designs was commissioned to build the floating staircase up to to gallery, and the balustrade that runs along it, where visitors can look down on the restored Celtic stone carvings. 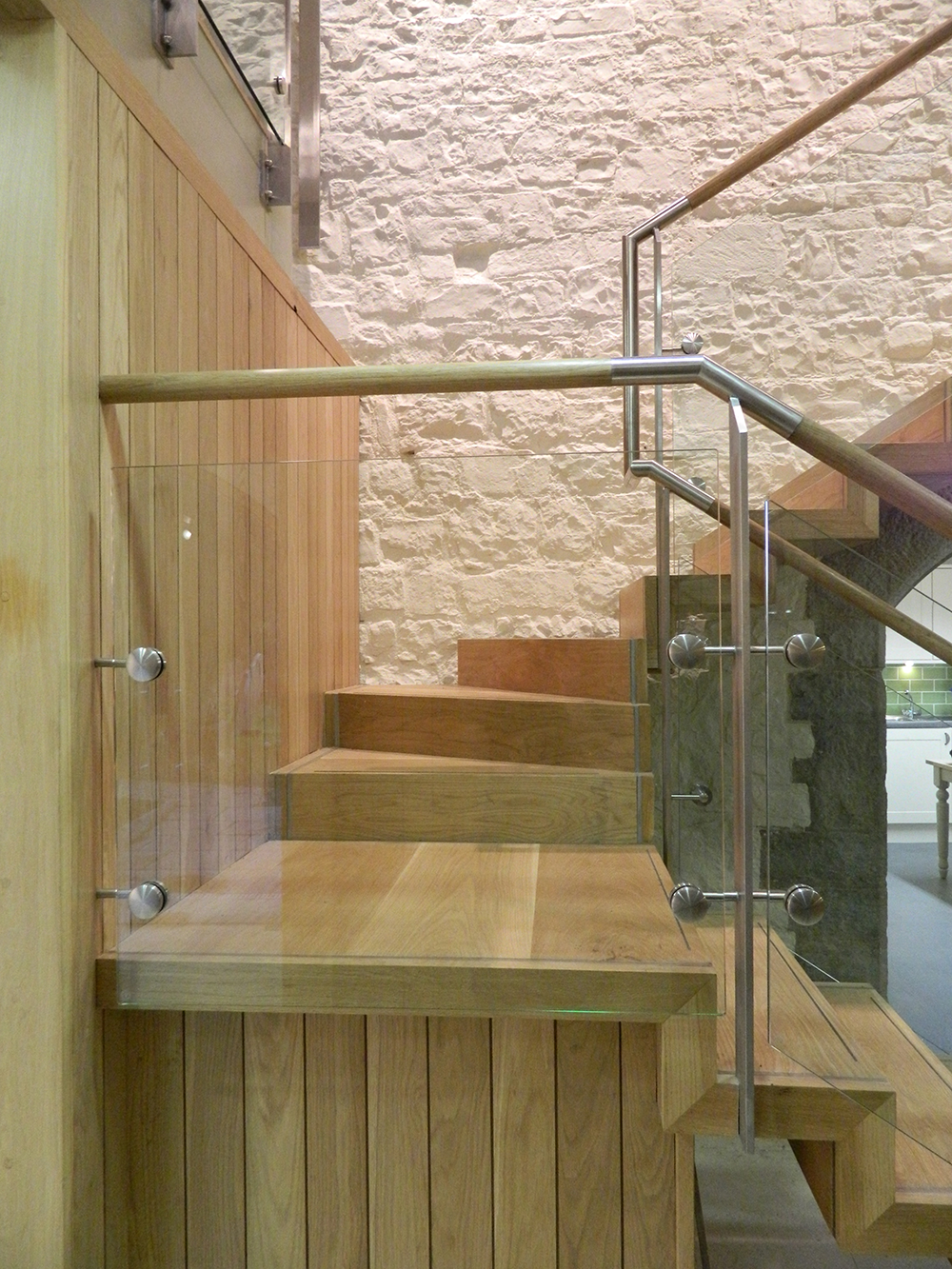 The staircase was designed by architect Michael Davies, from Davies Sutton Architects, who also was responsible for every detail of the project. 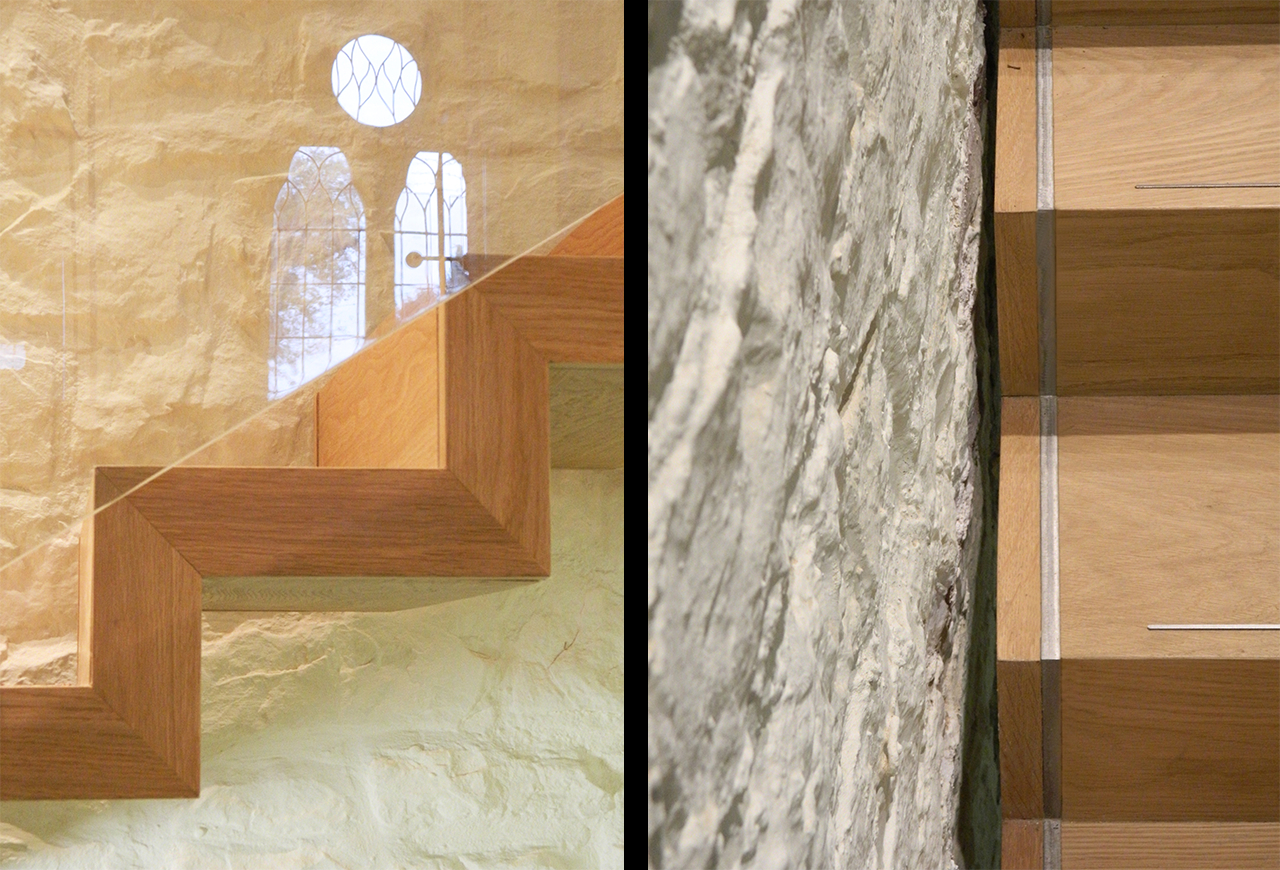 A special thanks also to the main contractor, Knox and Wells, with special mention of the site manager Lee Mayes. 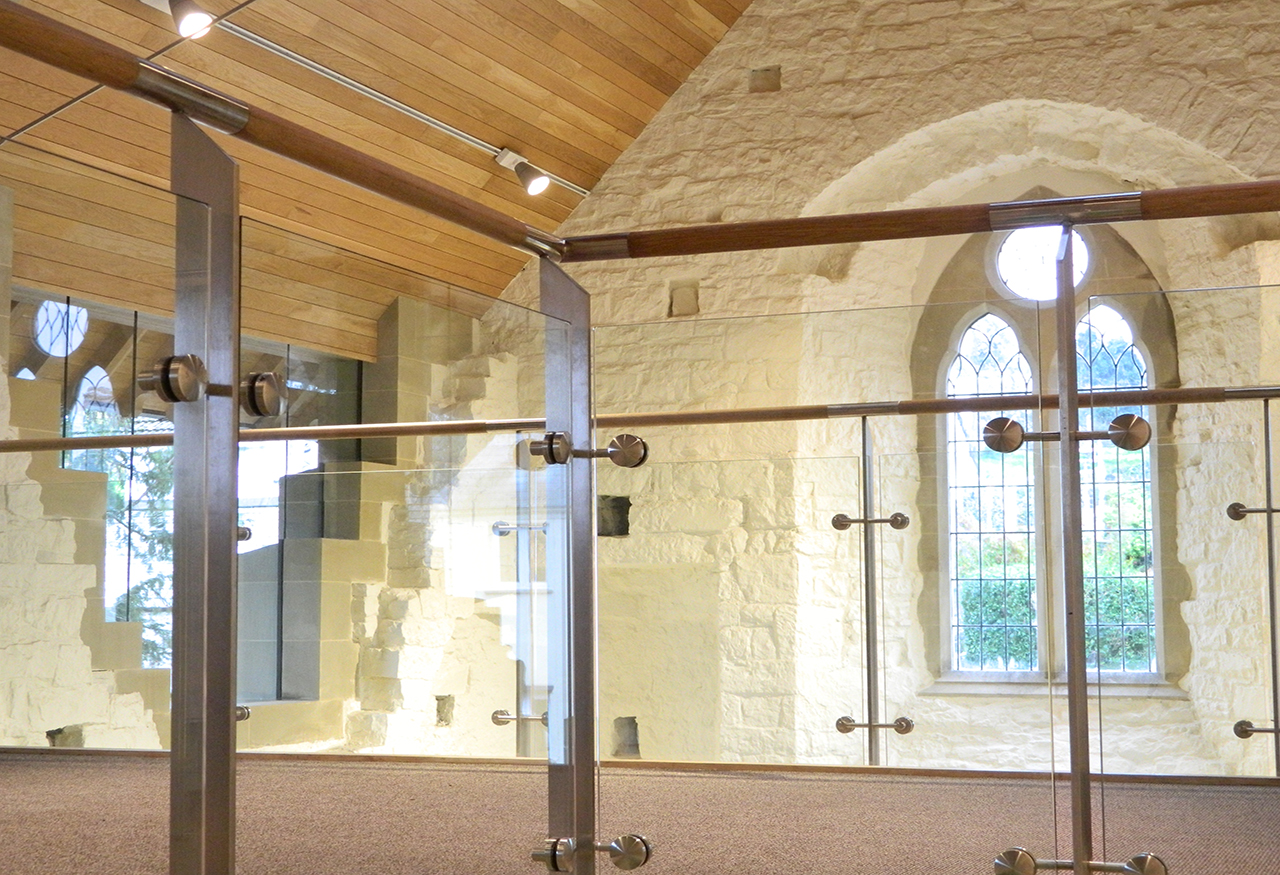